13 Horrifying Facts about Sleep for Halloween

The scariest night of the year will soon be upon us. So in honour of Halloween, here are some nightmare inducing facts about sleep that will freak you out more than those pesky trick or treaters…

From blood sucking critters and other nasties that make your skin crawl, thriving in your mattress, to thrilling facts about yourself which could keep you up at night. Are you brave enough to keep reading?

Oh you are? Good for you…

That’s 25 long years lost to sleep, for the average person, 6 of which you’ll have spent dreaming – though that’s not necessarily a good thing, as you’re about to find out…

Psychologists, including Scott Lilienfield, say that when it comes to our dreams, “virtually all of us experience more aggression than friendliness, more negative than positive emotions and more misfortune than good fortune.” So even when you’re not having a full blown nightmare, things aren’t all that rosy in your noggin. 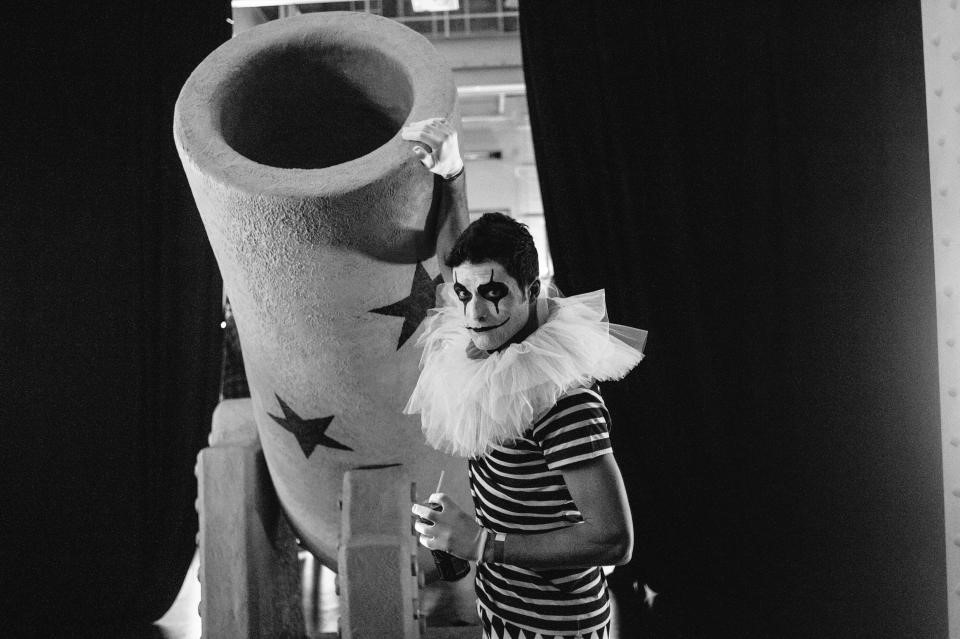 Before colour TV was invented, that number was as high as 75% of people.

4. Sleep deprivation will kill you quicker than starvation

It’s said that you can survive three times as long without food as you can without sleep – going as many as 10 days without shuteye can prove fatal. Don’t try that at home.

5. You sleep a few minutes less per night around a full moon

So says University of Cambridge’s Michael Hastings. Explains that this stems from our past, saying “If you were a hunter-gatherer on the African savanna, you may want to be out hunting at a full moon.” How very werewolf like!

That’s the weight of a dachshund sausage dog, in dead skin cells. You shed as little as 1.5 grams a night, but that soon adds up – unless you use a mattress protector to stop it from sinking into your bed…

10 million dust mites eat the dead skin in your mattress every night, on average, so even when you’re fast asleep, you’re never truly alone. These little critters trigger allergies like asthma, but you can keep their numbers down by hoovering your mattress, regularly washing your bedding and sticking a mattress protector on.

8. Bed bugs drink 7 times their own weight in human blood

That’s the equivalent to you drinking 545 litres of your favourite tipple. Bed bugs, the vampires of the mattress world, have quite literally evolved to suck your blood while you sleep. They hang out in tough to reach places on your bed, around the headboard for example, and over the years they’ve become 250 times more resistant to commonly-used pesticides.

And worse still, an adult bed bug can survive an entire year without feeding and withstand temperatures from freezing to 50°c. If you ever spot one, it’s too late, you’re already infested.

9. Your pillow will double its weight in three years

Dust mites, skin flakes, grease, dribble, hair products… inevitably, your pillow will eventually fill up with grime. If your pillow doesn’t spring back into shape when you fold itin half, it’s time to toss it and replace it with a new one.

Gross. That’s 26 gallons of stinky, greasy sweat for you imperial folk – around a pint a night soaking into your mattress on average. Unless you stick a mattress protector on… maybe a waterproof one.

That’s according to the National Sleep Foundation. But chances are, you’ll never realise you’re doing it. If you see someone sleep walking, don’t be afraid to wake them up, it’s an urban myth that it’s harmful.

12. You can stop breathing in your sleep

Breathing pauses can last from a few seconds to minutes and can happen 30 or more times in an hour – which is why sleep apnea is one of the most common causes of sleep deprivation.

13. You can be paralysed temporarily

Ever woken up but can’t move? That’s sleep paralysis for you, when your mind is both awake and asleep at the same time – don’t fret, it never lasts long, though it’s an incredibly odd sensation.

But fear not, Bed Guru can whisk your old decreped mattress away when you buy a new bed and mattress – ridding you of a few nightmares at least. Available at the checkout.