The World’s Most Famous Beds

Explore the most famous beds in the world and the stories behind them with Bed Guru…Learn more online from Bed Guru the Sleep Specialists.
24th August, 2016
by Carl Walsh
Share:

Beds. We love them. This week we thought we’d take a look at some of the most famous beds in the world and the stories behind them.

From the decadent ones in museums, art galleries and stately homes, to standard looking beds with a story to tell used by the biggest artists and musicians on the planet. Which would you most like to rest your head on? 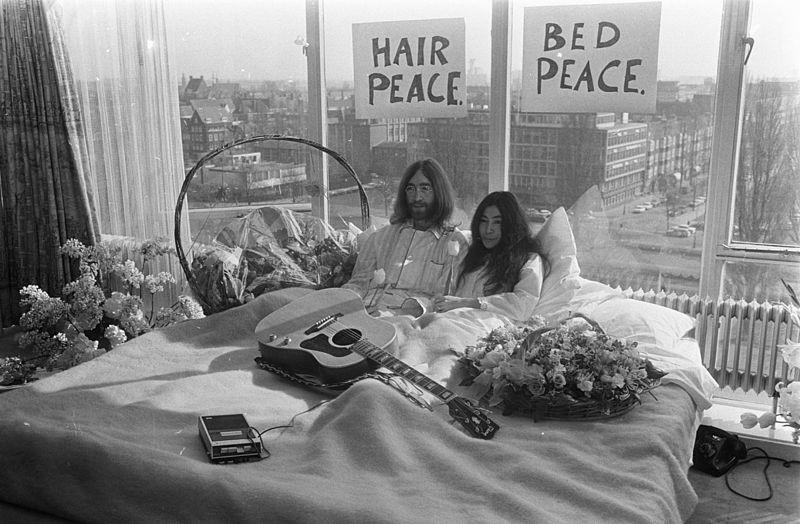 In 1969, these two hotel beds were everywhere to be seen. The Beatle’s frontman staged two week-long ‘Bed-Ins for Peace’ against the Vietnam War with his wife, to use the media storm around their wedding for a good cause. They spent 12-hours a day with the press while honeymooning in the presidential suite of Amsterdam’s Hilton Hotel, before singing ‘Give Peace a Chance’ with 6 celebrity guests from bed at the Montreal’s Fairmont The Queen Elizabeth hotel.

Need your hotel or B&B furnishing? We can help… 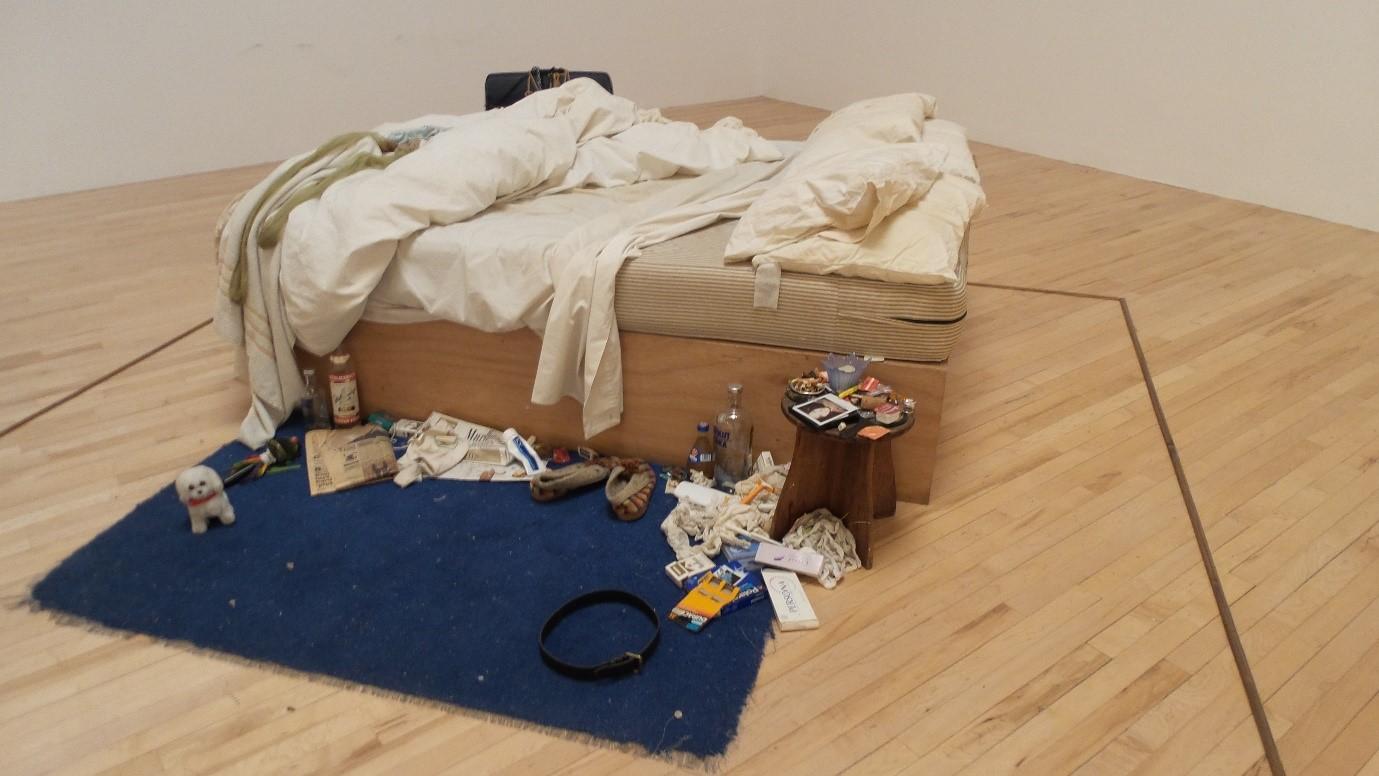 Artist Tracey Emin also spent days in bed, in a council flat in Waterloo, but hers almost won the 1999 Turner Prize and then sold for £2.4 million –making it one of the most expensive beds on the planet. (You can buy roughly 7,035 Bed Guru Divan beds for that!)

Tracey Emin’s ‘My Bed 1998’ sits alongside Francis Bacon’s paintings in Tate Britain’s permanent collection of art, its crumpled stained sheets littered with dirty underwear, cigarette butts and booze, among other nasties. When her relationship ended, she stayed in her room, creating this repulsive mess, which has become one of the world’s most famous beds. Let it be a reminder to replace your embarrassing old mattress at least every 8 years. And declutter your room for a better nights’ sleep. From one artist to another, Dutch post-impressionist painter Vincent Van Gogh immortalised a modest wooden bed in his three Bedroom of Arles pictures – which happen to be his personal favourite and most famous works. In a letter to his brother Theo, Van Gogh explained that he wanted to express the tranquillity and simplicity of the hotel bedroom in Arles, southern France through colours.

Remember when we told you that you can stay in ‘Van Gogh’s’ Airbnb bedroom in Chicago?

The playwright’s Last Will famously said, ‘Item, I give unto my wife my second best bed with the furniture’. And that’s actually quite romantic of Shakespeare, depending on how you interpret it. Some say that the best bed stayed in the house his daughter inherited, so Anne Hathaway couldn’t have it, but others explain that the couple saved their best bed for guests, sleeping together on their second best bed most nights instead – by leaving it for her, he was giving her memories of their time together.

However, your guest bed can be as comfy as you own bed, so there won’t be a bed hierarchy in your home. 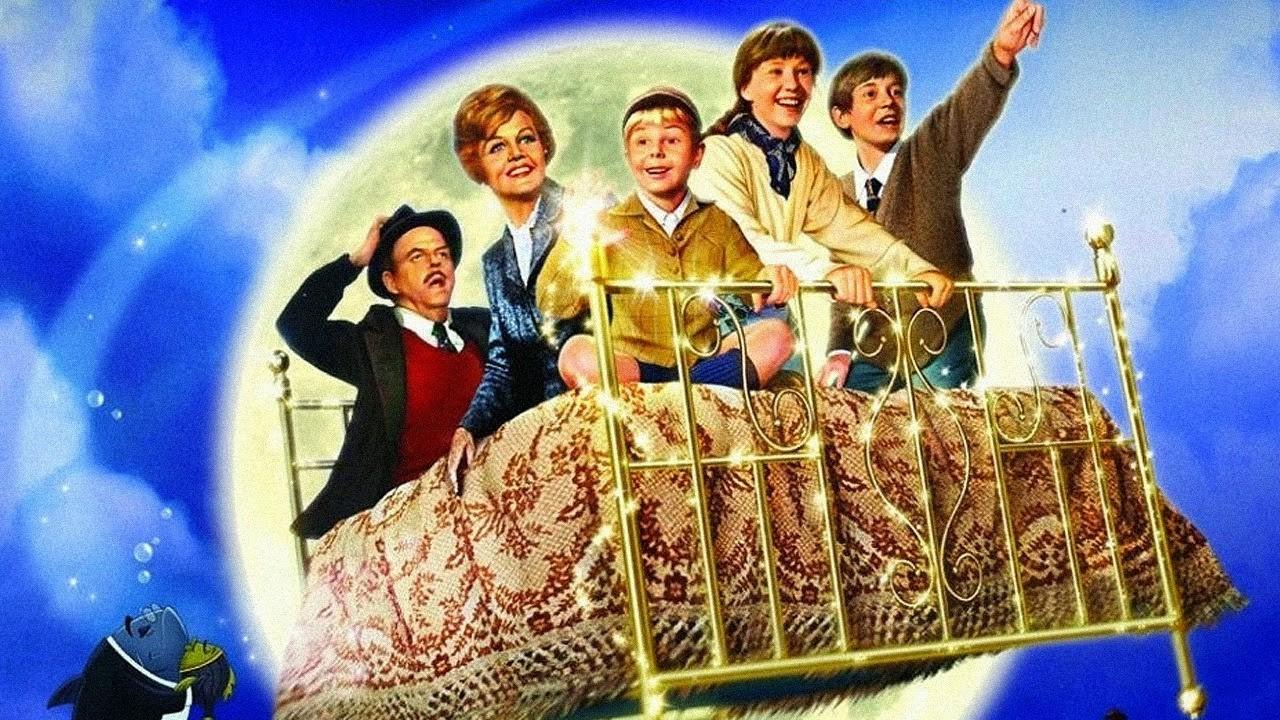 Okay, this next one doesn’t technically exist, but how could we not include Disney’s most famous enchanted flying bed? It stole the show in the 45-year old classic kids’ film Bedknobs & Broomsticks, entertaining the masses by transporting two witches and three kids to a wild island.

Alas, if you rubbed our antique-style metal bed frames as they do in the movie, you won’t be going anywhere… but you can dream.

The Great Bed of Ware

The Great Bed of Ware is an ornate four-poster engraved with people, places and patterns, built over 3-metres wide in 1590 to accommodate four couples. It’s far from your standard Shakespearian bed, as it was actually a novelty tourist attraction designed to tempt guests into an Inn when they passed through Ware, Hertfordshire on their way to London. Find it at London’s Victoria & Albert Museum with names carved into the bedposts and headboards

Next up, for adult eyes only, is the biggest bespoke bed we’ve ever seen, one-upping even The Great Bed of Ware. Kanye West squeezed 12 celebrities into one long bed for his ‘Famous’ music video this July, which was seen over 14 million times in a month, and counting. It must be 6 double beds wide, with everyone from Donald Trump and Taylor Swift to Rhianna and George Bush getting cosy. Vincent Desiderio’s ‘Sleep’ painting of a bed inspired the rapper to use his video to comment on celebrity culture.

Ask us to hand-craft bespoke beds like Kanye’s to fit your bedrooms.

From celebrity royalty to British royalty now, the six four-poster beds on display at Hampton Court Palace in Greater London were fit for monarchs, making them some of history’s most famous beds. See George II’s travelling bed, the only surviving bed of its kind, the rarest in the collection, painstakingly built from 54 different parts when it went to European battlefields with him. (Our bespoke ‘Kit-Kat’ Divan, handmade specially to help our customer get it up the stairs, was four pieces!)

Queen Charlotte’s state bed was hand-embroidered with 4,230 intricate flowers, but Queen Anne’s 15-foot four-poster bed takes the biscuit – covered as it is in an incredibly expensive, bizarre pattern velvet spun by weavers in London’s Spitalfields. Our beds and mattresses are also made in the UK from start to finish, with our organic mattresses hailing from Devon.

Across the globe in Wuzhen, China, the Hundred-Bed Museum is collecting ancient wooden beds in the Jiangnan area, from the Ming and Qing dynasties – folk slept on these up to 700-years ago. Make the trip and you’ll find exquisitely engraved wood-carving beds with hoof-shaped feet, each with a story to tell. The Babu Thousand Workday Bed took craftsmen over 1,000 days to create, yet there’s the Double-Dragon Bed with a flower-carved shelf and the optimistically named Double-Happiness Bed.