How Do Fish Sleep

Just how do fish actually sleep? Here at Bed Guru we are going to try and answer that age old question.
9th August, 2019
by Carl Walsh
Share:

It’s one of those questions that we’ve all thought of at least once in our lives. After all, how could an animal possibly sleep if it doesn’t even have eyelids?

It sounds silly, but it does raise a few interesting points… 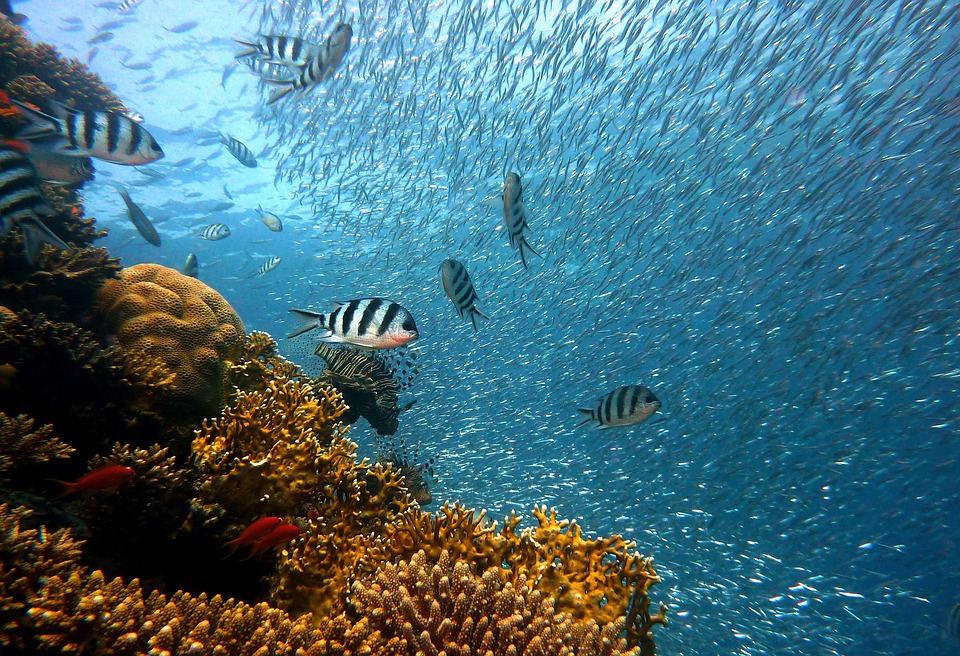 The topic of sleep when it comes to fish and other marine life is one of active research and debate. The general consensus is that although fish do not sleep in the same way most mammals do, they do indeed require rest just like us.

Open oceans are a dangerous place to be a fish. Fishes don't have a cosy bed to retreat to Research has shown that instead of sleeping, many fish are able to reduce their activity, choosing to float in one place, wedge themselves near rocks or simply lay placid above the sand. It is thought that these periods of suspended animation allows them to stay alert to any danger while at the same time recuperate energy. Talk about multitasking.

With that said, next time you think about flushing a non-moving goldfish down the toilet. Make sure he isn’t just taking a nap first!

On the topic of our aquatic counterparts, sharks are an interesting one when it comes to sleep. In order to keep the water moving over their gills and receive oxygen, many shark species have to remain constantly moving even when they sleep.

In other words, they are effectively “sleep swimming” as they switch off parts of their brain while they rest. We’ll leave you with this.

The parrotfish is one that perhaps tops all fish-related sleeping habits. At night, they secrete a liquid which forms a special transparent cocoon around their body, serving as a sort of sleeping bag to protect themselves from hungry parasites.

The exact purpose for the strange contraption is still up for debate, although if we were given a choice, a king size divan would certainly still have the edge over a liquid cocoon!