How Many of Yorkshire’s Dreamiest Views Have You Seen?

Bed Guru will make you wish that you woke up to these stunning Yorkshire views this morning! Come see what you're missing...
29th June, 2016
by Carl Walsh
Share:

When you fling open your bedroom curtains, what do you see?

No matter how lovely your home is, we’re willing to bet that your view pales in comparison to these stunning scenes. Yorkshire is unlike anywhere else on Earth.

With so much on our doorstep, narrowing down the dreamiest places was no mean feat. But here they are - National Parks scattered with ruins, and coastal villages high on Jurassic cliffs, with a few ground-breaking waterfalls thrown in for good measure.

Don’t pinch yourself, you’re not dreaming on one of our beds or mattresses just yet! 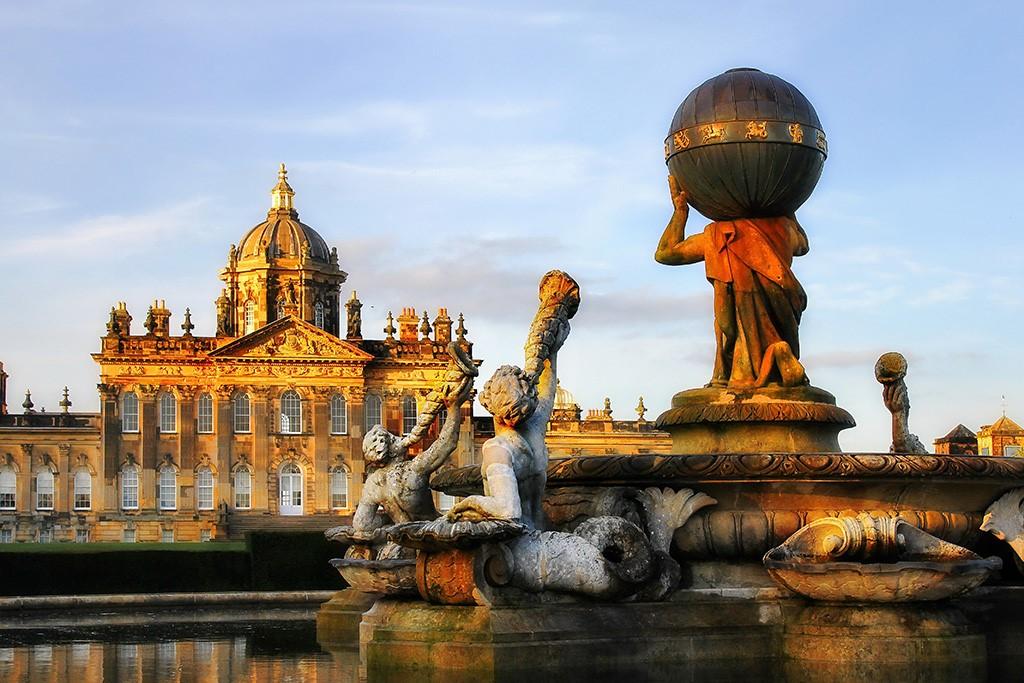 Yorkshire spoils you when it comes to stately homes. But the 300 year old Castle Howard, just north of York, is especially jaw-dropping, both inside and out.

Stood behind the Atlas Fountain, Castle Howard makes for a marvellously decadent view. Lavish rooms, courtyards and pristine gardens aside, inside, the iconic dome has to be seen to be believed. 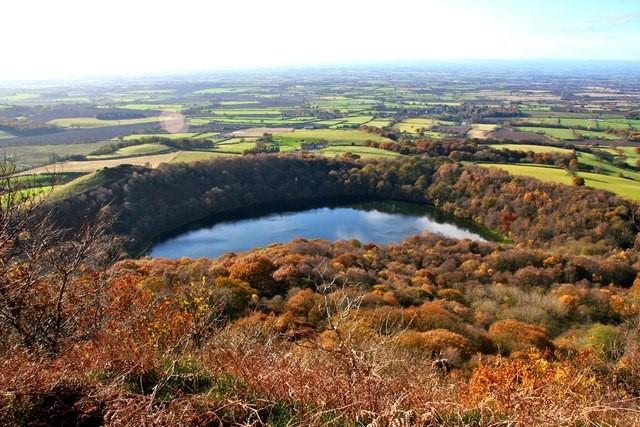 Go down to Garbutt Wood, and you’ll discover Thirsk's best kept secret. Mysterious doesn’t cover it. Legend says Gormire Lake is bottomless, with a sunken village far beneath its murky depths. According to folklore, a witch tumbled into it when she miscalculated her jump over White Mare Crag, during a high-speed chase across the moors.

It makes for an incredible view, best enjoyed up on Sutton Bank. 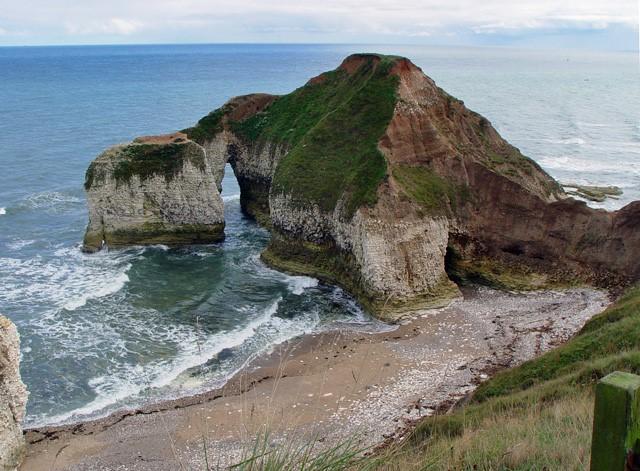 Iconic towering cliffs, bleached white and standing tall since dinosaurs roamed the Earth. The southerners among you can keep your Dover, Yorkshire’s Flamborough Head is equally stunning, both from on high and up close.

Families of northern gannets, kittiwakes, and Atlantic puffins make their beds on the crumbling chalk ledges here each and every year. This natural beauty spot is a magnet for birdwatchers. With any luck, the brisk sea breeze will make you drowsy, perfect for when you’re back in bed after a day admiring the view. 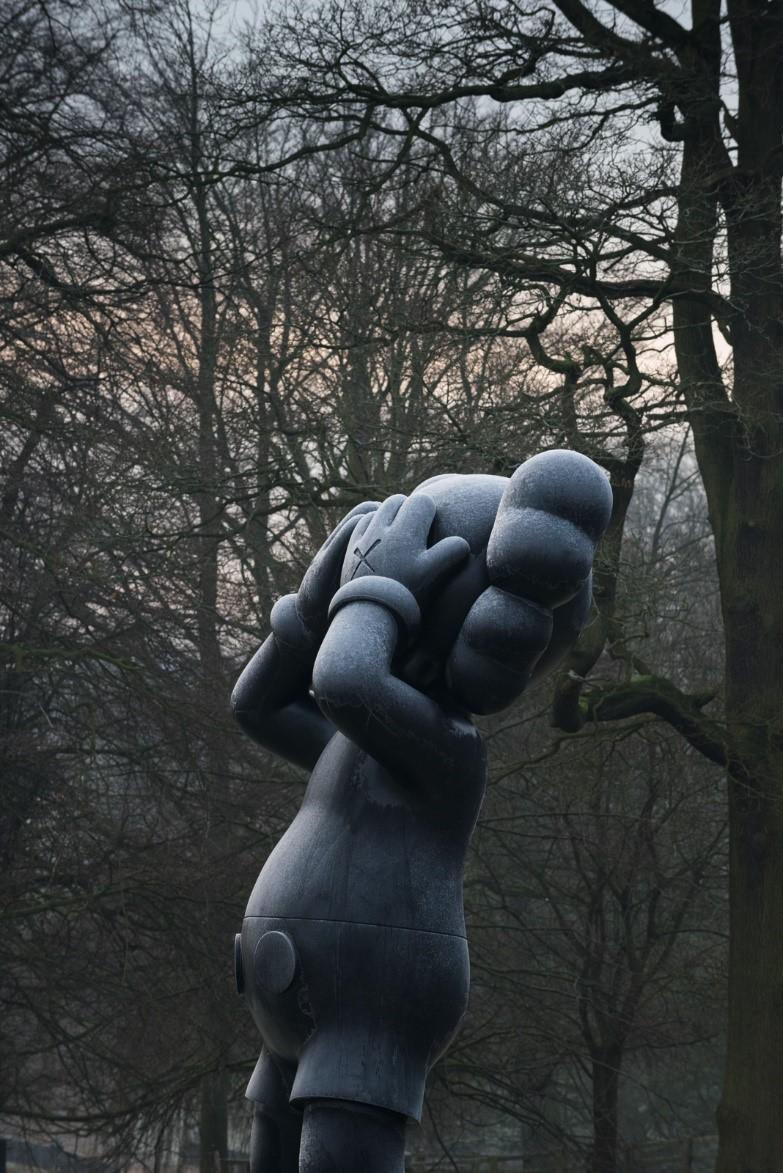 What's that coming over the hill? A world-weary KAWS sculpture, if you’re in West Bretton! Yorkshire Sculpture Park is hosting the New Yorker's first UK exhibition for this year.

It's the best place in the country to see art under the sky, exposed to the elements. Outside the safety of the gallery walls, 60 sculptures sit among rolling Yorkshire hills, lakeside woodland and fields. Which makes for an unforgettable view. 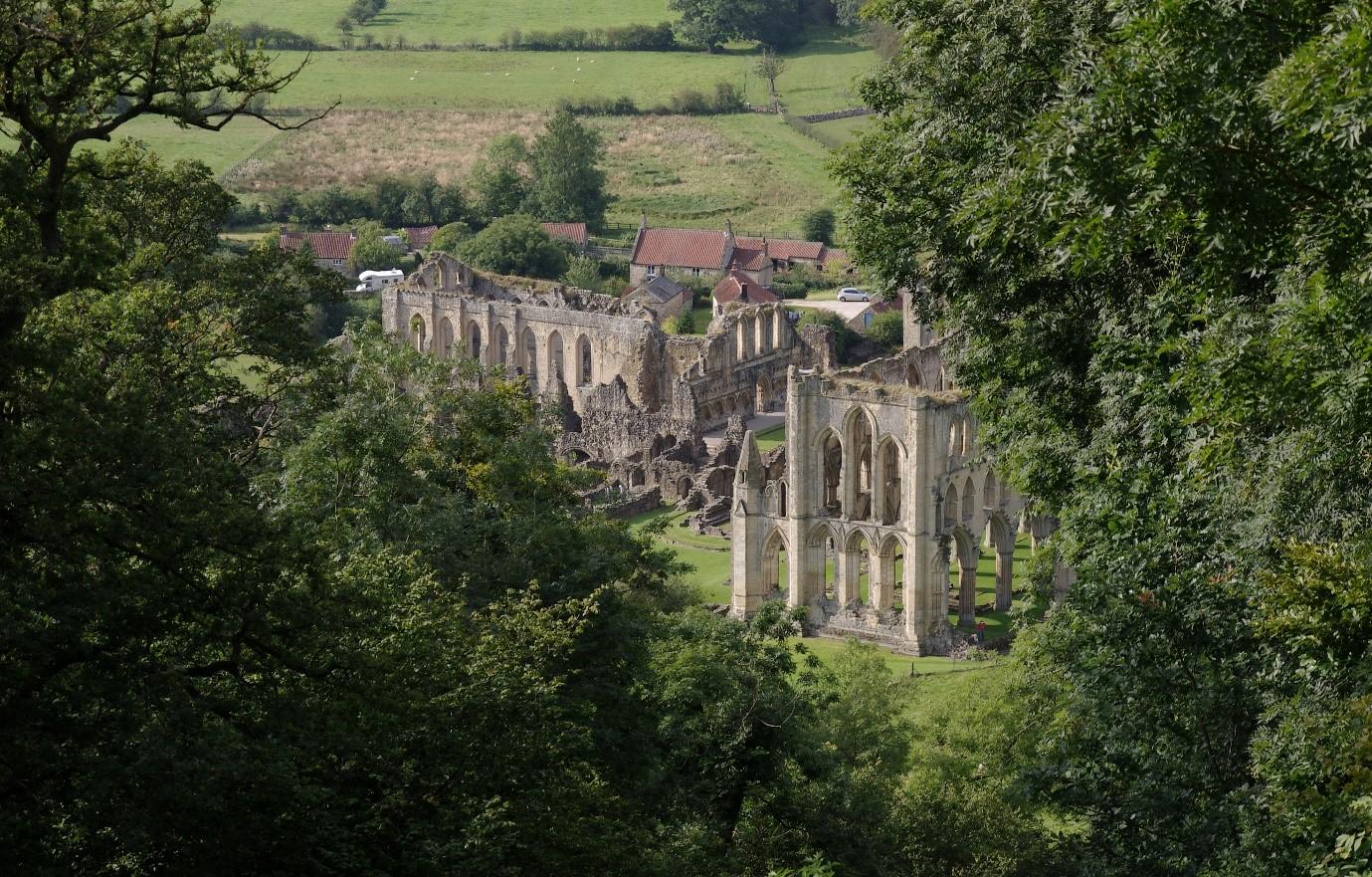 The ruined Cistercian abbey you're picking out between the beech trees was one of England's wealthiest, until Henry VIII had his wicked way with it. At over 850 years old, it's an incredible treat to wonder through Rievaulx's arches and columns.

Head to the Tuscan and Georgian Temples up on the wild flower covered terrace, for an even better one. Here you'll see the whole place in one. 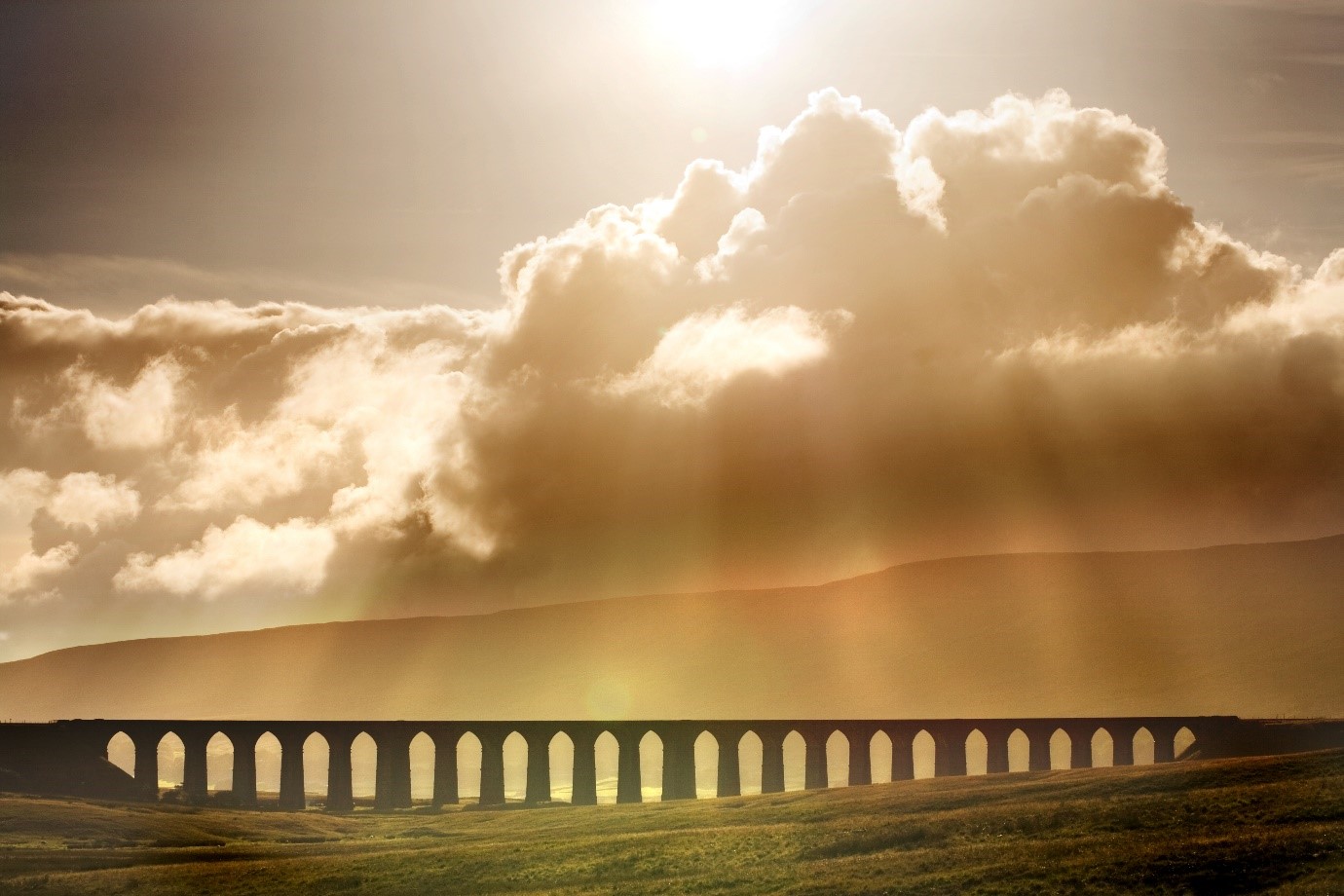 As iconic as the Yorkshire pudding, Ribblehead Viaduct is a famous local landmark. It's easy to see why this curving 400m stretch of the Settle to Carlisle railway gets the paparazzi treatment! All 24 stone and brick arches silhouette against dramatic Batty Moor, as trains pass 32 metres above the hardy folk attempting the Yorkshire Three Peaks Challenge.

The Top of Whitby Steps

You'll have to dig deep to enjoy a birds' eye view of Whitby and the East Yorkshire coast. But it's worth it. It narrowly pips nearby fishing village Staithes to the post. Locals still race visitors up the leg ache-inducing flight of 199 steps, but you’ll never grow tired of the Whitby Abbey ruins at the top and the sea below.

The Church's Steps are something of a steep and winding pilgrimage. You've not experienced Yorkshire fully until you've beaten them. 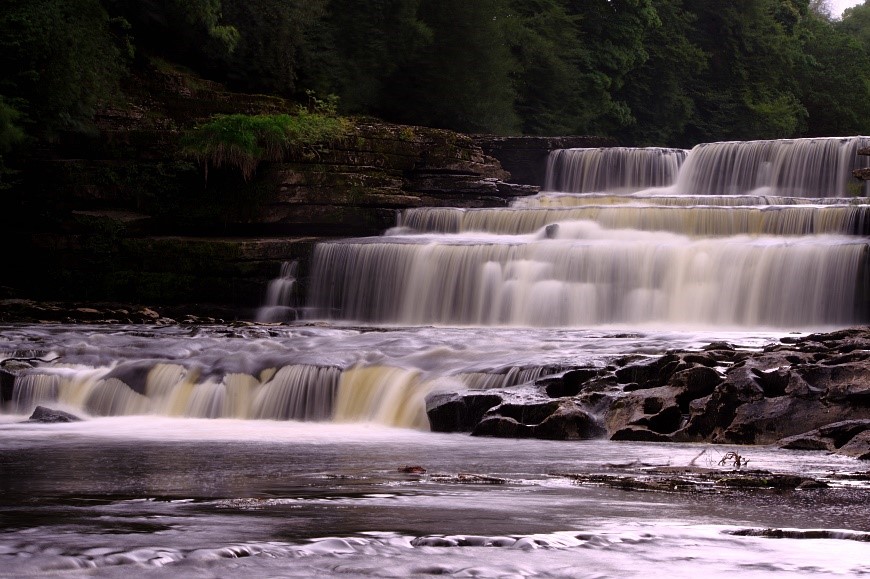 If you don’t make the trip to Pecca Falls on The Ingleton Waterfalls Trail, then you absolutely must take a visit to Aysgarth Falls in Lower Wensleydale, if only for a picnic on the viewing platforms. A mile long stretch of the River Ure dramatically tumbles over not one or two, but three incredible limestone waterfalls here.

You can stand right there on the edge, surrounded by wildflowers and forest, drinking in the view made famous by Kevin Costner’s Robin Hood – Prince of Thieves, filmed a little upstream.

So just how many of these views have you seen with your own eyes?

Yorkshire has plenty more where these came from, it isn’t called God’s Own County for nothing! But don’t be shy, tell us all about the dreamy places in your neck of the woods, on Facebook or Twitter.